Samuel Rutherford On The Father's Love And Anger At The Cross 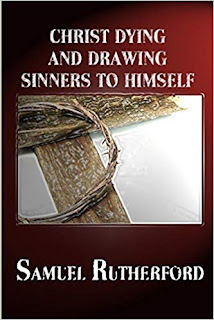 1. "O what sweating for us, even in death, and sweating of blood! O what praying, and praying more earnestly . . . and all this time, he is drawing and carrying on his shoulders hell up to heaven. What a fight was it to behold Christ dying, bleeding, pained, shamed, tormented in soul, wrestling in an agony with divine justice and wrath, receiving strokes and lashes from an angry God, and yet he kept fast in his bosom his redeemed ones, and said, Death and hell, pain and wrath shall not part us. It pleased the Lord to bruise him, to afflict his soul, not to spare him, to smite the Shepherd; but it pleased him in that condition, out of deep love, to draw his redeemed ones from earth up after him to heaven."

2. "Christ's love burnt and consumed him till he died; love followed and pursued his lost spouse through the land of death, through hell, the grave, the curses of an angry God . . . this sun of love burns hard down from heaven to this day."

3. ". . . death all this time twenty-four hours, was acting upon Christ, both the second death, the Lord's anger and curse being on him; and then bodily pain, with the curse of the law, all this time wrought upon him . . . Christ in bearing the pains of the second death did suffer that which all the elect should have suffered in their souls forever . . . ."

Christ Dying And Drawing Sinners To Himself, 679. 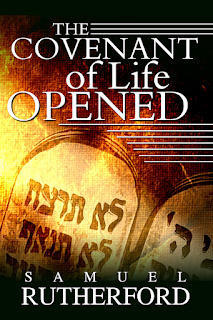 4. "The Lord . . . punished Christ, who was not inherently, but only by imputation the sinner, with no hatred at all, but with anger and desire of shewing and exercising revenging justice, but still loving him dearly, as his only Son."

Hallelujah! What a Savior!
Posted by Joseph Randall at 7:57 PM

See a shorter version of the basic Gospel message here.