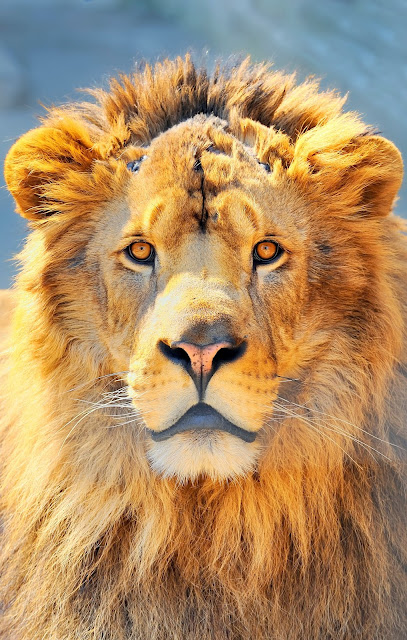 He is my most favorite preacher ever: Dr. Shadrach Meshach Lockridge was the pastor of Calvary Baptist Church in San Diego, CA, for over forty years. He died and went to be with his King Jesus on April 4, 2000.
In a sermon on the word "Amen" from the Lord's prayer, Dr. Lockridge broke out into a glorious description of the Lord Jesus Christ known as "That's My King!" Outside the Bible, it is the most glorious, powerful, amazing, beautiful, wonderful description of Jesus Christ I have ever read or heard. Nothing outside the Bible, prayer, and the local church has helped me fight depression, loneliness, sadness, self-pity, selfishness, fear, anxiety, and all manner of other sins more than this glorious description of Jesus Christ. It has helped me fix my eyes on Jesus – "the Founder and Perfecter of our faith" (Hebrews 12:2) – like almost nothing else!
He is my most favorite preacher ever because he preached the greatest poem ever written by man (outside the Bible) that you will ever read or hear. And here it is:
"Whoever heard of a Kingdom without a King?
Everybody's got a King!

Who is your King?

You got a minute?

My King is the only One qualified to be King!

My King has always been King!

You know these other Kings, they were born a prince and had to wait till their father died or their mother, if she was the ruling monarch, wait until she died and then become king!

But my King was born King!

Well David said the heavens declare the glory of God, and the firmament showeth His handiwork!

My King is the only One of Whom there are no means of measure that can define His limitless love!

My King is a sovereign King!

No far seeing telescope can bring into visibility the coastline of His shoreless supplies!

Nobody can keep Him from saving me!

I don't care what you tell Him about me – He knows me!

No barrier can hinder Him from pouring out His blessing!
He's enduringly strong!
He's entirely sincere!
He's eternally steadfast!
He's immortally graceful!
He's imperially powerful!
He's impartially merciful!
He's the greatest Phenomenon that has ever crossed the horizon of this world!
He's God's Son!
He's the sinner's Savior!
He's the Centerpiece of civilization!

He stands alone in Himself!
He's august!
He's unique!
He's unparalleled!
He's unprecedented!
He's supreme!
He's preeminent!
He's the loftiest Idea in literature!
He's the highest Personality in philosophy!
He's the supreme Problem in higher criticism!
He's the fundamental Doctrine of true theology!
He's the cardinal Necessity of spiritual religion!
He's the only One qualified to be an all sufficient Savior!

He's the Miracle of the age!
He's the Superlative of everything good that you choose to call Him!
He's in every way able to satisfy every need – your need and mine!
He's the only One able to supply all of our needs simultaneously!
He can hear all of us pray at the same time!
He supplies strength for the weak!
He's available for the tempted and the tried!
He sympathizes, and He saves!
He's the Almighty God Who guides and keeps all His people!
He heals the sick!
He cleanses the lepers!
He forgives sinners!
He discharges debtors!
He delivers the captives!
He defends the feeble!
He blesses the young!
He serves the unfortunate!
He regards the aged!
He rewards the diligent, and He beautifies the meek!

His office is manifold!
His promise is sure!
His light is matchless!
His goodness is limitless!
His mercy is everlasting!
His love never changes!
His Word is enough!
His grace is sufficient!
His reign is righteous!
His yoke is easy, and His burden is light!

I wish I could describe Him to you, but He's indescribable!

The Pharisees couldn't stand Him, but they found out they couldn't stop Him!
Pilate couldn't find any fault in Him!
The witnesses couldn't get their testimonies to agree about Him!
Herod couldn't kill Him!
Death couldn't handle Him!
And the grave couldn't hold Him!

He always has been, and He always will be!
I'm talking about He had no predecessor, and He'll have no successor!
There was nobody before Him, and there'll be nobody after Him!
You can't impeach Him, and He's not gonna resign!