Giving Up Your Ring For The Glory Of The King Who Forever Makes You Sing! 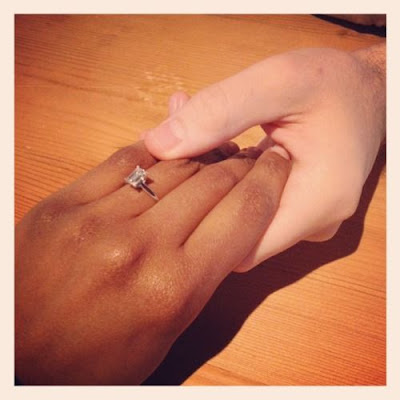 Elisabeth Elliot, in her excellent book Quest For Love: True Stories Of Passion And Purity, told the story of how Jonathan Goforth and Rosalind Bell-Smith met, fell in love, and got engaged without an engagement ring for the sake of getting the Gospel of Jesus Christ to the unreached peoples of the world. It's my favorite engagement story of all time. And I hope and pray God will raise up numerous young followers of Christ in our day to follow their example and free up millions of dollars so that the Gospel might go to the nations!
“Let the nations be glad and sing for joy . . . .” Psalm 67:4
She gave up the joy of a ring
All for the glory of her King
Because the God-Man made her sing!

Rosalind Bell-Smith, born in London in 1864, was twelve years old when she heard a sermon on John 3:16 at a revival meeting. The love of God was presented with such fervor and intensity that she yielded herself absolutely to Christ and stood up, along with others, to confess Him publicly as her Lord and Master.
Her father having been an artist, she grew up with a great love for art and went to art school in Toronto. But there was a strong pull in two opposite directions: Should she give her life to painting or should she serve her Master to whom she belonged? In her mind the two were mutually exclusive. When she was twenty she began to pray that if married life was what God wanted for her, He would give her a husband “wholly given up to Him and His service. I wanted no other.”
One day in June 1885, she joined a group of art students bound for a [lunch outing] at Niagara Falls. On the same boat as they crossed the lake was another party, headed for a Bible conference. She envied the latter group – her heart was more with them than with her own crowd. On the return trip that evening both groups were on the boat again, plus others who had been at the Bible conference. The Bible teacher recognized Rosalind as the organist in the church where he had spoken the previous Sunday and invited her to join a mission group the following Saturday.
“We are to have a workers’ meeting and tea, and I would like you to meet them all.” She was on the point of saying this was impossible when her brother whispered, “You have no time. You are going to England.” Partly to show her brother that she would do as she pleased (“and what a trifle can turn the course of a life!” she said later), she accepted the invitation on the spot.
As the teacher turned to leave, he called to a friend who looked to Rosalind like a “very shabby fellow.” He was introduced as Jonathan Goforth, “our city missionary.” “I forgot the shabbiness of his clothes, however, for the wonderful challenge in his eyes!” she wrote.
“The following Saturday found me in the large, square workers’ room of the Toronto Mission Union. Chairs were set all around the walls, but the center was empty. Just as the meeting was about to begin, Jonathan Goforth was called out. He had been sitting across the corner from me with several people between. As he rose, he placed his Bible on the chair.”
“Then something happened which I could never explain, nor try to excuse. Suddenly I felt literally impelled to step across, past four or five people, take up the Bible and return to my seat. Rapidly I turned the leaves and found the Book worn almost to shreds in parts and marked from cover to cover. Closing the Book, I quickly returned it to the chair, and returning to my seat, I tried to look very innocent. It had all happened within a few moments, but as I sat there, I said to myself, ‘That is the man I would like to marry!’”
“That very day, I was chosen as one of a committee to open a new mission in the east end of Toronto, Jonathan Goforth being also on the same committee. In the weeks that followed I had many opportunities to glimpse the greatness of the man which even a shabby exterior could not hide. So when, in that autumn he said, ‘Will you join your life with mine for China?’ my answer was yes, without a moment’s hesitation.”
“But a few days later when he said, ‘Will you give me your promise that always you will allow me to put my Lord and His work first, even before you?’ I gave an inward gasp before replying, ‘Yes, I will, always,’ for was not this the very kind of man I had prayed for? (Oh, kind Master, to hide from Thy servant what that promise would cost!)”
“A few days after my promise was given, the first test in keeping it came. I had been (woman-like) indulging in dreams of the beautiful engagement ring that was soon to be mine. Then Jonathan came to me and said, ‘You will not mind, will you, if I do not get an engagement ring?’ He then went on to tell with the greatest enthusiasm of the distributing of books and pamphlets on China from his room in Knox [College]. Every cent was needed for this important work. As I listened and watched his glowing face, the visions I had indulged in of the beautiful engagement ring vanished. This was my first lesson in real values.”
Dr. and Mrs. Goforth sailed for China in February 1888 and served there until 1935. He celebrated his seventy-sixth birthday on board ship, bound for Canada, where he died the following year.

From: Elisabeth Elliot, Quest For Love, (Grand Rapids: Revell, 1997), 156-158. Direct quotations in the story were taken from Rosalind Goforth, Goforth of China (Minneapolis: Bethany, n.d.), 47-49.
By her love for the King
She gave up the ring
And though there's some sting
For passing the bling
To Christ she shall cling
Who forever makes her sing!
You can read more about their story in: Jonathan Goforth: The Holy Spirit's Man in China
To learn more about the great King Jesus and His glorious Gospel message, please watch American Gospel: Christ Alone
For another excellent book by Elisabeth Elliot on pursuing marriage for the glory of God, read Passion And Purity: Learning To Bring Your Love Life Under Christ's Control
To donate money to missions, go here
Posted by Joseph Randall at 10:10 PM