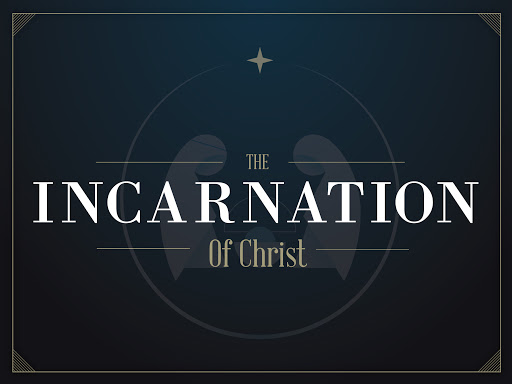 Matthew 1:23: Behold, the virgin shall conceive and bear a son, and they shall call his name Immanuel (which means, God with us).

2. So that He could die in order to destroy the devil

Hebrews 2:14: Since therefore the children share in flesh and blood, he himself likewise partook of the same things, that through death he might destroy the one who has the power of death, that is, the devil

3. So that He could destroy the works of the devil

1 John 3:8: The reason the Son of God appeared was to destroy the works of the devil.

4. So that He could deliver us from death

Hebrews 2:14-15: Since therefore the children share in flesh and blood, he himself likewise partook of the same things, that through death he might destroy the one who has the power of death, that is, the devil, and deliver all those who through fear of death were subject to lifelong slavery.

5. So that He could be a merciful and faithful high priest

Hebrews 2:17: Therefore he had to be made like his brothers in every respect, so that he might become a merciful and faithful high priest in the service of God

6. So that He could make propitiation for the sins of the people

Hebrews 2:17: Therefore he had to be made like his brothers in every respect, so that he might become a merciful and faithful high priest in the service of God, to make propitiation for the sins of the people.

7. So that He is able to help those who are being tempted

Hebrews 2:18: For because he himself has suffered when tempted, he is able to help those who are being tempted.

8. So that the righteous requirement of the law might be fulfilled in us

Romans 8:3-4: For God has done what the law, weakened by the flesh, could not do. By sending his own Son in the likeness of sinful flesh and for sin, he condemned sin in the flesh, in order that the righteous requirement of the law might be fulfilled in us, who walk not according to the flesh but according to the Spirit.

9. So that we could be redeemed and receive adoption as sons

Galatians 4:4-5: But when the fullness of time had come, God sent forth his Son, born of woman, born under the law, to redeem those who were under the law, so that we might receive adoption as sons.

10. So that He, as a human being, could perfectly do the will of God

Hebrews 10:5-7: Consequently, when Christ came into the world, he said, "Sacrifices and offerings you have not desired, but a body have you prepared for me; in burnt offerings and sin offerings you have taken no pleasure. Then I said, 'Behold, I have come to do your will, O God, as it is written of me in the scroll of the book.'"

11. So that He could be the mediator between God and man

12. So that He might humble Himself and be exalted

Philippians 2:8-11: And being found in human form, he humbled himself by becoming obedient to the point of death, even death on a cross.  Therefore God has highly exalted him and bestowed on him the name that is above every name,  so that at the name of Jesus every knee should bow, in heaven and on earth and under the earth, and every tongue confess that Jesus Christ is Lord, to the glory of God the Father.

13. So that He might be the victorious last Adam

14. So that all the fullness of God might dwell in Him bodily

Colossians 1:19: For in him all the fullness of God was pleased to dwell

Colossians 2:9: For in him the whole fullness of deity dwells bodily,

Colossians 1:15: He is the image of the invisible God

16. So that we would know the Spirit of God and truth

1 John 4:2: By this you know the Spirit of God: every spirit that confesses that Jesus Christ has come in the flesh is from God

2 John 1:7: For many deceivers have gone out into the world, those who do not confess the coming of Jesus Christ in the flesh. Such a one is the deceiver and the antichrist.

17. So that we might know the mystery of godliness

1 Timothy 3:16: Great indeed, we confess, is the mystery of godliness: He was manifested in the flesh, vindicated by the Spirit, seen by angels, proclaimed among the nations, believed on in the world, taken up in glory.

18. So that we might know and experience God's great love for us and live through Him

1 John 4:9: In this the love of God was made manifest among us, that God sent his only Son into the world, so that we might live through him.

19. So that we would have an image to be conformed into

Romans 8:29: For those whom he foreknew he also predestined to be conformed to the image of his Son

20. So that we might have an example to know how to live and love one another

1 Peter 2:21: For to this you have been called, because Christ also suffered for you, leaving you an example, so that you might follow in his steps.

21. So that we might have an everlasting reminder of His great love for us

Luke 24:40: And when he had said this, he showed them his hands and his feet.

John 20:27-28: Then he said to Thomas, "Put your finger here, and see my hands; and put out your hand, and place it in my side. Do not disbelieve, but believe." Thomas answered him, "My Lord and my God!"
Posted by Joseph Randall at 2:05 PM No comments: