Weep no more; behold, the Lion of the tribe of Judah . . . has conquered . . . Revelation 5:5
But far be it from me to boast except in the cross of our Lord Jesus Christ . . . Galatians 6:14
You have been very angry with your Anointed One. Psalm 89:38
For I decided to know nothing among you except Jesus Christ and Him crucified. 1 Corinthians 2:2
Let the motto upon your whole ministry be - "Christ is All!" - Cotton Mather

Christ's Cross And The Hypocrisy Of Abortion

The Cross Makes Murders of Us All

The following story is told by Rebecca Manley Pippert in her book, Hope Has Its Reasons: The Search to Satisfy Our Deepest Longings (Downers Grove: Intervarsity Press, 2001), 108-110.)

Several years ago after I had finished speaking at a conference, a lovely woman came to the platform. She obviously wanted to speak to me and the moment I turned to her, tears welled up in her eyes. We made our way to a room where we could talk privately. It was clear from looking at her that she was sensitive but tortured. She sobbed as she told me the following story.

Years before, she and her fiance (to whom she was now married) had been the youth workers at a large conservative church. They were a well-known couple and had an extraordinary impact on the young people. Everyone looked up to them and admired them tremendously. A few months before they were to be married they began having sexual relations. That left them burdened enough with a sense of guilt and hypocrisy. But then she discovered she was pregnant. "You can't imagine what the implications would have been of admitting this to our church," she said. "To confess that we were preaching one thing and living another would have been intolerable. The congregation was so conservative and had never been touched by any scandal. We felt they wouldn't be able to handle knowing about our situation. Nor could we bear the humiliation.

So we made the most excruciating decision I have ever made. I had an abortion. My wedding day was the worst day of my entire life. Everyone in the church was smiling at me, thinking me a bride beaming in innocence. But do you know what was going through my head as I walked down the aisle? All I could think to myself was You're a murderer. You were so proud that you couldn't bear the shame and humiliation of being exposed for what you are. But I know what you are and so does God. You have murdered an innocent baby."

She was sobbing so deeply that she could not speak. As I put my arms around her a thought came to me very strongly. But I was afraid to say it. I knew if it was not from God that it could be very destructive. So I prayed silently for the wisdom to help her.

She continued. "I just can't believe that I could do something so horrible. How could I have murdered an innocent life? How is it possible I could do such a thing? I love my husband, we have four beautiful children. I know the Bible says that God forgives all of our sins. But I can't forgive myself! I've confessed this sin a thousand times and I still feel such shame and sorrow. The thought that haunts me the most is how could I murder an innocent life?"

I took a deep breath and said what I had been thinking. "I don't know why you are so surprised. This isn't the first time your sin has led to death, it's the second." She looked at me in utter amazement. "My dear friend," I continued, "when you look at the Cross, all of us show up as crucifiers. Religious or nonreligious, good or bad, aborters or nonaborters - all of us are responsible for the death of the only innocent who ever lived. Jesus died for all of our sins - past, present, and future. Do you think there are any sins of yours that Jesus didn't have to die for? The very sin of pride that caused you to destroy your child is what killed Christ as well. It does not matter that you weren't there two thousand years ago. We all sent him there. Luther said that we carry his very nails in our pockets. So if you have done it before, then why couldn't you do it again?"

She stopped crying. She looked me straight in the eyes and said, "You're absolutely right. I have done something even worse than killing my baby. My sin is what drove Jesus to the Cross. It doesn't matter that I wasn't there pounding in the nails, I'm still responsible for his death. Do you realize the significance of what you are telling me, Becky? I came to you saying I had done the worst thing imaginable. And you tell me I have done something even worse than that."

I grimaced because I knew this was true. (I am not sure that my approach would qualify as one of the great counseling techniques!) Then she said, "But, Becky, if the Cross shows me that I am far worse than I had ever imagined, it also shows me that my evil has been absorbed and forgiven. If the worst thing any human can do is to kill God's Son, and that can be forgiven, then how can anything else - even my abortion - not be forgiven?"

I will never forget the look in her eyes as she sat back in awe and quietly said, "Talk about amazing grace." This time she wept not out of sorrow but from relief and gratitude. I saw a woman literally transformed by a proper understanding of the Cross.
Posted by Joseph Randall at 10:14 AM

This story powerfully shows the power of bondage. And the much greater power of Jesus Christ to set the captives free. Praise the Lord that healing and forgiveness for abortion can be found in Christ.

This story powerfully shows the bondage that so many suffer from after an abortion. Praise the Lord that Jesus is more powerful, and gladly break those bonds.

Hello Karen,
I'm glad you found this! It's a great story. Thanks for speaking yesterday!
Joseph

With a free trial, you can watch this excellent documentary on the Gospel of Jesus Christ and the dangers of the false health, wealth, and prosperity non-gospel! 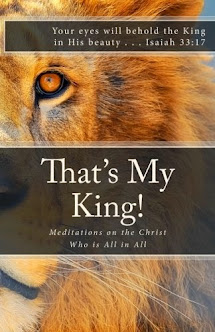 Learn more about the inspiration for this book here!

Get The Cross Right!

What really happened to Jesus on the cross? Come and see!